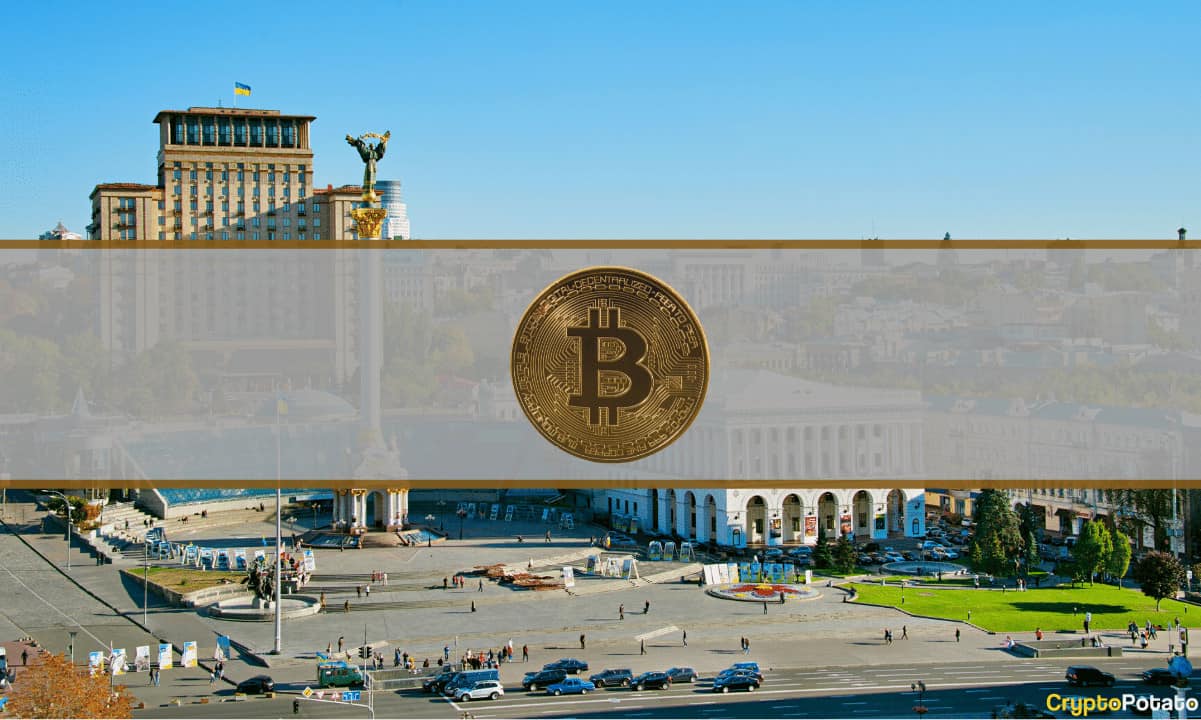 According to Elliptic data, people have donated $400,000 worth of Bitcoin to the Ukrainian nongovernmental organization – Come Back Alive. The latter provides military equipment, medical supplies, and training services to the local army.

In addition, today (February 25), a mysterious contributor donated 80 BTC to a charity organization supporting the Ukrainian army. Calculated at current prices, the amount equals over $3 million.

Another Ukrainian entity – Cyber Alliance – received approximately $100,000 worth of Bitcoin, Ether, Litecoin, and a mix of stablecoins over the last year.

Tom Robinson – Chief Scientist of the blockchain analysis provider Elliptic – revealed that digital asset donations supporting the Ukrainian military are on the rise. In just 24 hours, the charitable foundation – Come Back Alive – received about $400,000 worth of bitcoin.

Cryptocurrency donations in support of the Ukrainian armed forces are soaring – with almost $400,000 received so far today.Learn more about the crypto-crowdfunding of the Russo-Ukrainian War, in this recent @elliptic blog: https://t.co/aTRwTsOkTj pic.twitter.com/Wefb7jRRdW

With their donations, contributors aimed to provide military equipment, drones, and medical supplies for the Ukrainian army. Another target is developing a facial recognition application to identify if someone is a Russian spy.

“Cryptocurrency is increasingly being used to crowdfund war, with the tacit approval of governments,” Tom Robinson added.

It is worth noting that earlier today (February 25), someone made a single donation of over $3 million worth of bitcoin to an entity supporting the Ukrainian forces.

Another organization that received a considerable amount of contributions is Cyber Alliance. Over the last year, people have sent around $100K worth of Bitcoin, Ether, and other cryptocurrencies. The group is a community of Ukrainian cyber activists who protect Ukraine’s cyberspace and counterattack Russian hackers.

At the same time, pro-Russian separatists have also been raising funds in digital assets since the start of the conflict. It remains unknown the amount of donations they have collected.

Last year, the Ukrainian volunteer groups received more than $570,000 worth of Bitcoin. This represents a 900% increase compared to 2020.

“Bitcoin has also emerged as an important alternative funding method, allowing international donors to bypass financial institutions that are blocking payments to these groups,” Elliptic stated earlier this month.

The Russo-Ukrainian conflict has its roots in a long history between the two former Soviet states. In 2014, Russia annexed the Crimean Peninsula from Ukraine, which caused a civil war. Earlier this week, tensions reached a peak as Putin ordered a “special military operation” on its neighbor’s territory, which seems like the beginning of a full-scale invasion.

Many leaders and prominent individuals opined against Russia’s actions. Among them was Ethereum’s Co-Founder – Vitalik Buterin. He declared his support to Ukraine and called Putin’s operation a “crime against the Ukrainian and Russian people.”