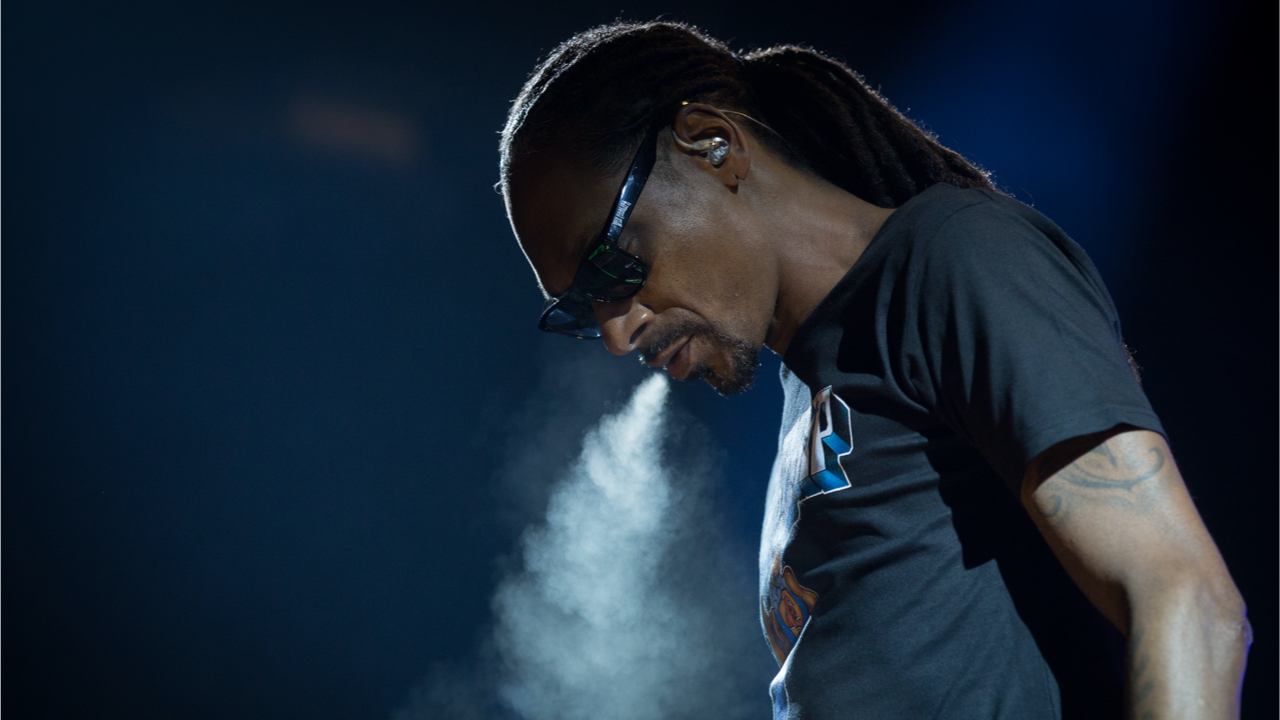 This year a great deal of popular hip-hop superstars like Eminem, Jay-Z, Ja Rule, Lil Pump, and many more have been getting into the non-fungible token (NFT) collectibles scene. On Monday, the American rapper Snoop Dogg revealed that he is an avid collector of NFTs. Snoop claims to be a pseudonymous Twitter account dubbed “Cozomo de’ Medici,” an online character known to hold millions of dollars in NFTs.

This past Monday, Snoop Dogg revealed on Twitter that he is “Cozomo de’ Medici” an NFT collector that joined Opensea.io in August and also started a Twitter account the same month. The wallet on Opensea owns close to $17 million worth of non-fungible tokens from various NFT collections like Cryptopunks, Cosmoflowers, and Snoop Dogg cash. At the time of writing, Cozomo’s Opensea account has approximately 207 NFTs.

Snoop didn’t declare ownership of the Twitter account and Opensea profile until September 20, 2021. The American rapper tweeted: “I am @Cozomomedici.” Now and then, Cozomo also speaks about NFTs on Twitter and the phenomena behind the NFT ecosystem.

“Did I imagine my very 1st purchase of a “useless” jpeg would cost $2m USD?” asked Cozomo on September 2. “Absolutely not. It should have been $4m. Frens, today I share the uncensored tale of how I entered the wild world of NFTs. From 0 to 8 figures in 30 days. Grab a glass, take a seat, & hold on tight,” the Twitter account added.

Cozomo Gifts an Ethereum to a Lucky Follower, Some Individuals ‘Not Pleased’ With the Dox

When he doxed himself, Snoop took to the Cozomo Twitter account and gave away a single ethereum (ETH) to one of his Twitter followers. “Dear frens,” Cozomo said, “since I announced my dox, events have transpired [that] most would not believe, nor understand. What I can share is I’ve received an outpouring of kindness here on Twitter. And many say they prefer to know me as Cozomo, and no one else.” Cozomo continued:

So here is what I’ve decided to do: To make this more fun, I have decided I will gift one random person who finds and shares the tweet, 1 ETH from the Medici Vault.

Interestingly, Cozomo further added that some people who directly messaged (DM) the Twitter account before it was revealed, may want to delete their DMs.

“Some important and powerful people have gotten word of this dox and are not pleased,” Cozomo stressed on Monday. “If we have had DM conversations I kindly and urgently ask you [to] delete them. Father made a phone call. The dox will go on.”

What do you think about Snoop Dogg’s pseudonymous Twitter account and his million-dollar NFT collection? Let us know what you think about this subject in the comments section below.

Where to buy Nano Dogecoin as INDC rallies by 203%