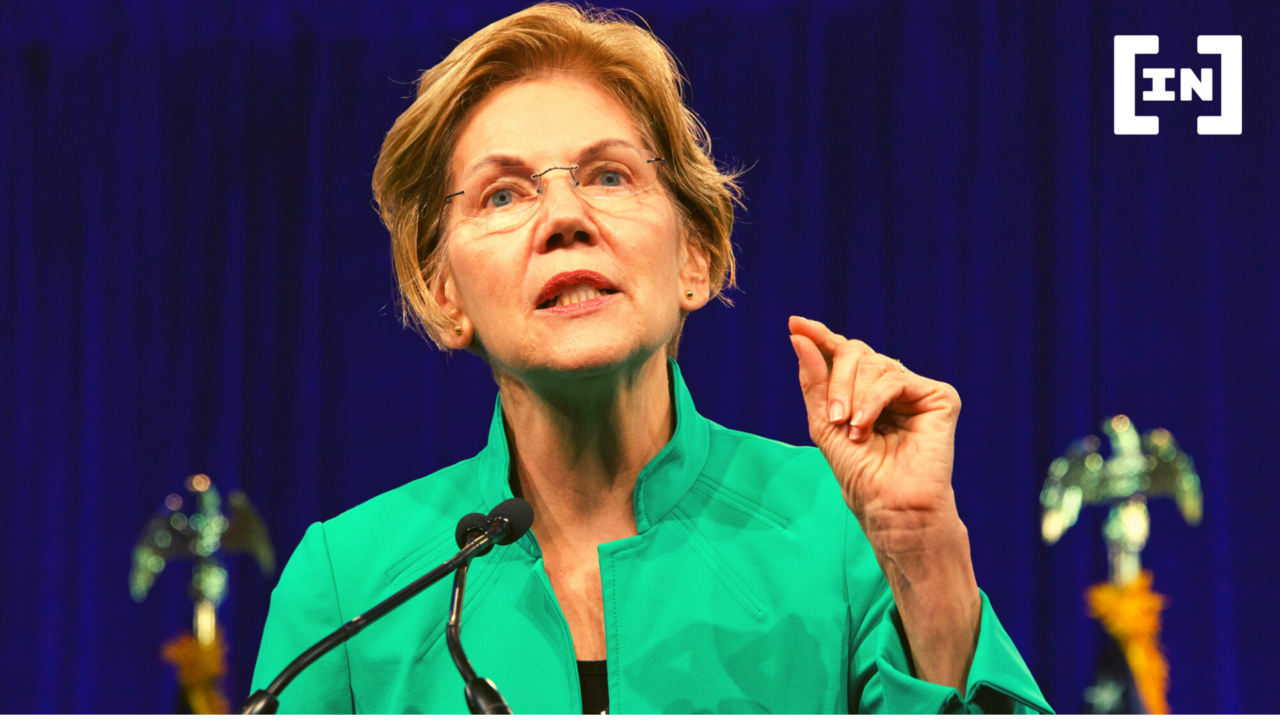 On Thursday, Senator Elizabeth Warren (D-MA) introduced a bill that aims to enforce U.S. sanctions across the global cryptocurrency industry.

The Digital Asset Sanctions Compliance Enhancement Act comes in the wake of the ongoing Russia-Ukraine conflict, where the bill would essentially block crypto companies from conducting business with sanctioned companies and/or exchanges – but looks beyond the current Russian sanctions.

“Putin and his cronies can move, store and hide their wealth using cryptocurrencies, potentially allowing them to evade the historic economic sanctions the U.S. and its partners across the world have levied in response to Russia’s war against Ukraine,” Warren said.

“I’m glad to introduce the Digital Asset Sanctions Compliance Enhancement Act with my colleagues to strengthen our sanctions program and close off any avenues for Russian evasion.”

The biggest takeaway of Sen. Warren’s newly introduced bill is that it would require U.S. President Joe Biden to issue a report to Congress identifying any “foreign person that…(1) operates a digital asset trading platform or is a digital asset transaction facilitator” and (2) has significantly and materially assisted…any person” who is on a sanctions list or “facilitating transactions that evade such sanctions.”

In imposing those sanctions, the bill also states that the President “may” exercise all the powers granted to him under the International Emergency Economic Powers Act to the extent necessary to be able to block and prohibit all transactions in property and interests in property of a foreign person identified in the submitted report.

Under Section 4 of the bill, the Secretary of the Treasury may also request that any U.S. based digital asset trading platform or digital asset transaction facilitator not conduct business with those “digital asset addresses that are known to be, or could reasonably be known to be, affiliated with persons headquartered or domiciled in the Russian Federation.”

“…not later than 90 days after exercising the authority necessary to the national interest of the United States, submits to the appropriate congressional committees and leadership a report on the basis for any determination under that paragraph.”

“The U.S. and its allies have imposed some of the strongest sanctions in history to try to stop Putin and his cronies from waging war on Ukraine.  A sanctions system without strong authorities to limit evasion using digital assets is like having a security system but leaving the front door open.  This bill would clarify Treasury’s authorities and strengthen our sanctions on Putin and his enablers,” said Sen. Reed in the press release.

However, according to CoinCenter, problems arise with this Section, as it “empowers the Treasury Secretary to arbitrarily ban software developers, miners, and node operators from having any ‘business’ interaction with anyone or any address that might be Russian.”

Looking at the proposed bill from an analytical standpoint, it’s possible that the proposed section is not only overreaching, but broad and vague, which is not in favor of the drafters.

Pursuant to Section 5 of the bill, Financial Crimes Enforcement Network (FinCEN) would be authorized to actually identify users who are transacting with more than $10,000 in crypto, by filing FinCEN Form 114 (FBAR).

“Not later than 120 days after the date of enactment of this Act, the Financial Crimes Enforcement Network shall require United States persons engaged in a transaction with a value greater than $10,000 in digital assets through 1 or more accounts outside of the United States to file a report.”

From there, within 120 days after the Act is enacted, and every year following, the Secretary of the Treasury will also be required to submit a report to the appropriate congressional committee, which will be made publicly available, identifying the digital asset trading platforms that are deemed by the Office of Foreign Assets Control to be a high risk for sanctions evasions, money laundering, or other illicit activities.

Ultimately, Sen. Warren and her co-sponsors believe that the Digital Asset Sanctions Compliance Enhancement Act will close potential avenues for evasion of sanctions against Russia by empowering the executive and legislative branches with additional powers to help preserve U.S. national interests.

What do you think about this subject? Write to us and tell us!

Inflation – Cryptos on Multiple Chains Can Protect us. Here’s How