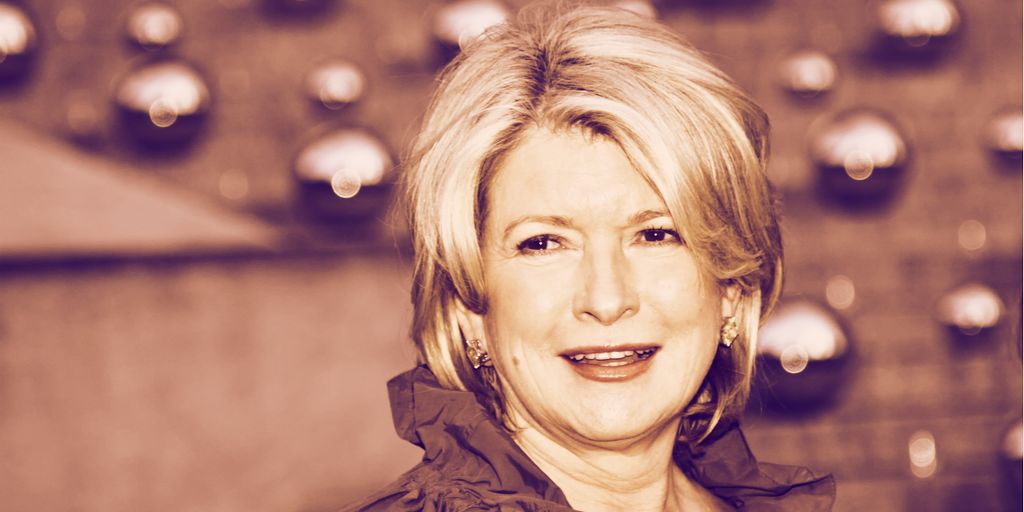 Martha Stewart has had a storied career as a magazine editor-in-chief, TV personality and home goods expert, putting her brand name on everything from pots and pans to outerwear and a sold-out Halloween NFT collection last month.

Now, Stewart, whom a press release touts was crowned “Queen of Thanksgiving” by Time Magazine, is back to launch 100 NFT images and an animated NFT called “The First Thanksgiving ‘remembering 1994.’”

In addition to the story-based animated NFT, the collection on Martha Fresh Mint has an assortment of images that appeared in back issues of Stewart’s popular home magazine Martha Stewart Living. The NFTs include images of pies, sandwiches, cornucopias and strategically-arranged rooster sculptures in multiple styles.

The collection has a range of price points, from $100 for a photorealistic image to $1,000 for an impressionist rendition. Palette knife, watercolor and oil painting restyles cost $500. The most expensive NFT in the collection is the animated NFT, which is currently up for auction on OpenSea. Bids for the piece start at 3 ETH.

In “The First Thanksgiving,” Stewart tells the story of a thanksgiving dinner with her family in 1994 New Jersey. She reveals that every year, she would wake up with her mother at 4am to start preparing the dinner, which would happen at 1pm.

Stewart has made animated NFTs before. This fall, she sold an animation of her dressed up as a character from a Roy Lichtenstein painting for 1 ETH. More shocking, Stewart dressed up as a “naughty nurse” for an animated NFT of the same name, which recently resold for 4.1 ETH.

Stewart’s interest in NFTs might come as a surprise to some, given her fans’ demographic. While it’s unclear who exactly is buying Stewart’s NFTs, her team has made a point of keeping their NFT site educational and beginner-oriented, with an FAQ section that answers questions like “What are NFTs?” “What’s a blockchain?” and “What’s a cryptocurrency?” at the bottom of each listing.

And you can probably also find out the proper temperature for cooking your turkey.