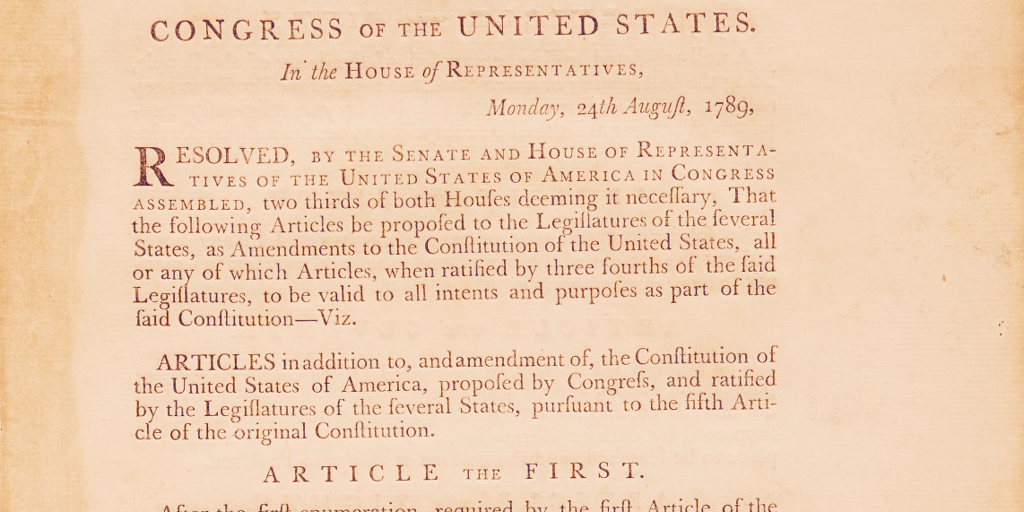 ConstitutionDAO, a new decentralized autonomous organization dedicated to preserving the U.S. Constitution, is planning to pool capital using an Ethereum smart contract to purchase a first-edition printed copy of the historic document. Sotheby’s is set to auction the copy on November 18 at 6:30pm EST.

The copy up for auction is valued at $15 million to $20 million. It is sometimes referred to as the Goldman Constitution because it resides in the private collection of the New York-based Goldman family. The document is one of only 11 surviving 1787 first-edition copies.

In 1988, S. Howard Goldman purchased the Constitution copy for $165,000. Now his wife, Dorothy Tapper Goldman, is putting it up for auction. According to Sotheby’s, Dorothy will donate the resulting funds to a charity in her name “dedicated to furthering the understanding of our democracy and how the acts of all citizens can make a difference.”

Julian Weisser, a core contributor to ConstitutionDAO, told Decrypt that the DAO was formed to put the Goldman Constitution back into the public sphere. Weisser did not share with Decrypt how much has been raised so far.

By creating a DAO and purchasing this Constitution copy with the DAO’s funds, the document will become fractionally owned by each of its contributors. At the time of writing, the ConstitutionDAO’s Discord server has around 5,500 members.

“We are grateful to Dorothy for keeping this important artifact safe, and thrilled that she’s donating the money earned from the sale to a worthy charitable cause,” Weisser told Decrypt.

Connor Swenberg, a protocol architect for SyndicateDAO and a contributor to ConstitutionDAO, wrote on Twitter that Sotheby’s will accept an Ethereum address as proof of funds to participate in the upcoming auction.

In the past, Sotheby’s has occasionally accepted cryptocurrency as a form of payment, but a representative from Sotheby’s bids department in New York told Decrypt that the venerable auction house won’t be accepting cryptocurrency as payment for the Goldman Constitution. This means that all ConstitutionDAO funds will have to be converted from crypto into dollars.

In order to bid in the auction, the DAO also will have to fulfill Sotheby’s KYC (know your consumer) requirements in one of two ways, according to ConstitutionDAO supporter Alice Ma. Either a museum or an LLC will have to bid on the DAO’s behalf.

After the document is purchased, Ma wrote on Discord, the “operating plan is to place the piece on loan for public display at a museum.”

ConstitutionDAO is looking into the Smithsonian, the Metropolitan Museum of Art, and the New York Historical Society as potential homes for the historic document.

Look out below! Dogecoin risks further downside after a key support is tested