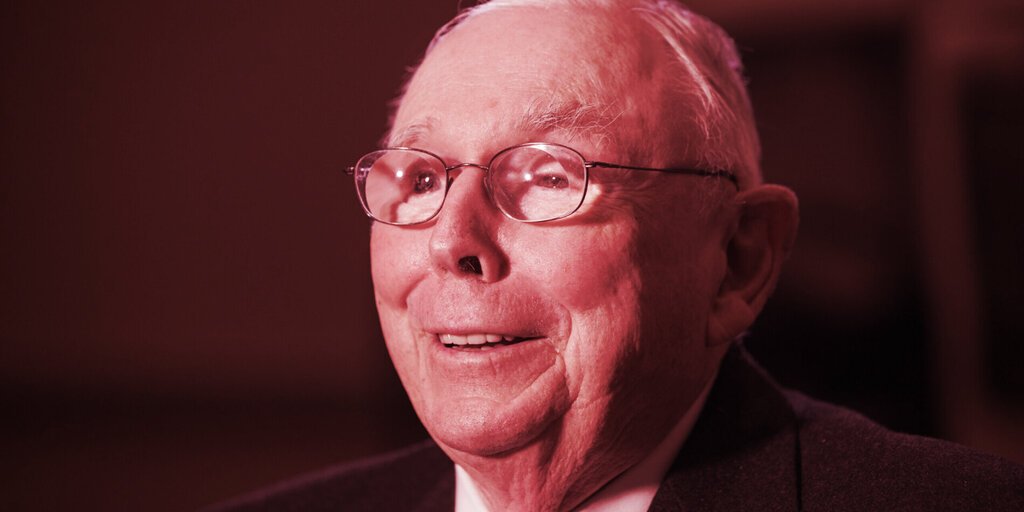 During a Q&A session at the Daily Journal annual meeting in Los Angeles yesterday, Warren Buffett partner Charlie Munger continued his verbal attacks on crypto, this time likening the digital assets to a virus—and not COVID or the flu.

When the conversation turned to crypto, Munger didn’t mince words, saying, “I certainly didn’t invest in crypto. I’m proud of the fact that I avoided it. It’s like some venereal disease.”

Munger went on to list why he doesn’t like Bitcoin, saying that extortionists, kidnappers, tax evaders, and terrorists use it. “It’s beneath contempt,” he said.

Munger is the 98-year-old vice-chairman of Berkshire Hathaway, the multinational conglomerate run by famed business magnate, investor, philanthropist, and fellow crypto critic Warren Buffett. He explained that he’s happily set in his ways.

“I have all kinds of things I’m not comfortable with,” Munger said. “I think an old guy is entitled to invest where he wants to invest.”

Munger went on to say during the live-streamed event that he wished the United States had banned crypto immediately and that he admires the Chinese for banning it.

Both Munger and Buffett have had harsh words for cryptocurrency over the years. In 2018, Buffett famously called Bitcoin “rat poison squared.”

During an interview last May, Munger expressed his own disdain for Bitcoin. “Of course I hate the Bitcoin success,” Munger said. “Nor do I like just shuffling out a few extra billions and billions and billions of dollars to somebody who just invented a new financial product out of thin air.”

Crypto is like ‘venereal disease’ and should be banned: Charlie Munger