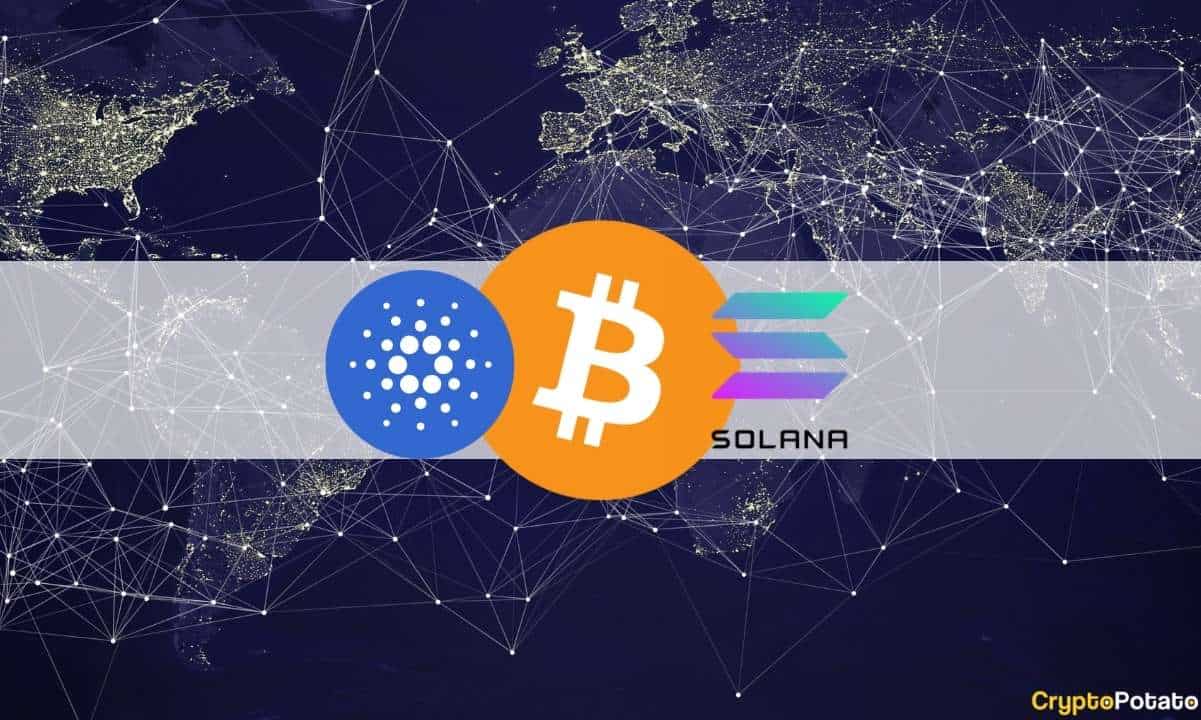 This week, even though tumultuous to some extent, was positive for the cryptocurrency market and Bitcoin, particularly in terms of prices.

BTC managed to increase by about 2.5%, reclaiming an important level while doing so – $47.2K – an important confluence of technical indicators to consider. It’s still rather early to state it for sure, but if the price closes above it on a daily, it might give bulls further merit to push towards the coveted $50K mark once again.

It’s also worth noting that Bitcoin painted a golden cross earlier in the week. This happens when the 50-day MA crosses above the 200-days MA, and it’s usually a positive signal. It’s a lagging indicator, but the last few times it happened, it was before further upside for the cryptocurrency.

Elsewhere, the altcoins performed differently. Avalanche’s AVAX is up by more than 50%, while Solana – the market frontrunner for the past couple of weeks, is down by more than 25%. This could also be attributed to the fact that the network experienced severe downtime as it was unavailable for more than a few hours.

Another particularly impressive event was Cardano’s Alonzo mainnet upgrade. This was a much-anticipated hard fork that happened on September 12th, and it officially introduced smart contract capabilities to Cardano’s network for the first time. Unfortunately, the price has been performing rather overwhelmingly since the event, and it failed to chart any impressive gains, begging many to ask whether it was a sell-the-news type of event. Of course, it’s still very early to say as this is the foundation of a new chapter in Cardano’s roadmap.

The most considerable increase from the major cryptocurrencies was charted by Avalanche’s AVAX, which is up by more than 50% on the week.

In any case, it was a week marked by important events, and it’s very exciting to see how the market will perform in the days to come.

In-Depth: Cardano’s Hardfork, Smart Contracts vs. Criticism, and What’s Ahead? This week, we saw the Alonzo upgrade on Cardano’s mainnet go live, introducing smart contract capabilities for the first time in the network’s history. This is a monumental moment for everyone following Cardano, but it didn’t go without its fair share of criticism.

BitMEX in 2021: CEO Alex Hoeptner Explains How He’ll Take the Veteran Exchange to a New Era (Exclusive) In an exclusive podcast with CryptoPotato, the CEO of BitMEX – one of the world’s leading crypto exchanges, Alexander Hoeptner, discussed regulations, the future of the markets, as well as how he plans to take the platform to the next level.

Bitcoin Golden Cross Just Took Place: What Does it Mean and What’s Next for BTC? A couple of days back, Bitcoin’s price formed a golden cross as the 50-day moving average crossed over the 200-day moving average to the upside. This is usually considered to be a lagging indicator, but previous instances resulted in a further price increase for BTC.

AVAX Hits New All-Time High as Avalanche Discloses $230M Private Sale.  AVAX, the native token of Avalanche, reached a new all-time high above $60 as the team behind it announced a $230 million investment round, led by some of the most prominent cryptocurrency funds and angel investors. The token is among the best-performing ones in the past couple of months.

Over $1B Worth of ETH Burned in the Aftermath of Ethereum’s London Upgrade. There have now been more than 300,000 ETH burned following Ethereum’s London hard fork that introduced a new burning mechanism for transaction fees about six weeks ago. This is roughly equivalent to more than a billion dollars.

Fidelity Urges The SEC to Greenlight Its Bitcoin ETF Application. One of the world’s leading asset managers, Fidelity, has urged the United States Securities and Exchange Commission to approve its Bitcoin exchange-traded fund (ETF), stating that the cryptocurrency market has already matured enough.

This week we have a chart analysis of Ethereum, Ripple, Cardano, Solana, and Avalanche – click here for the full price analysis and overview.