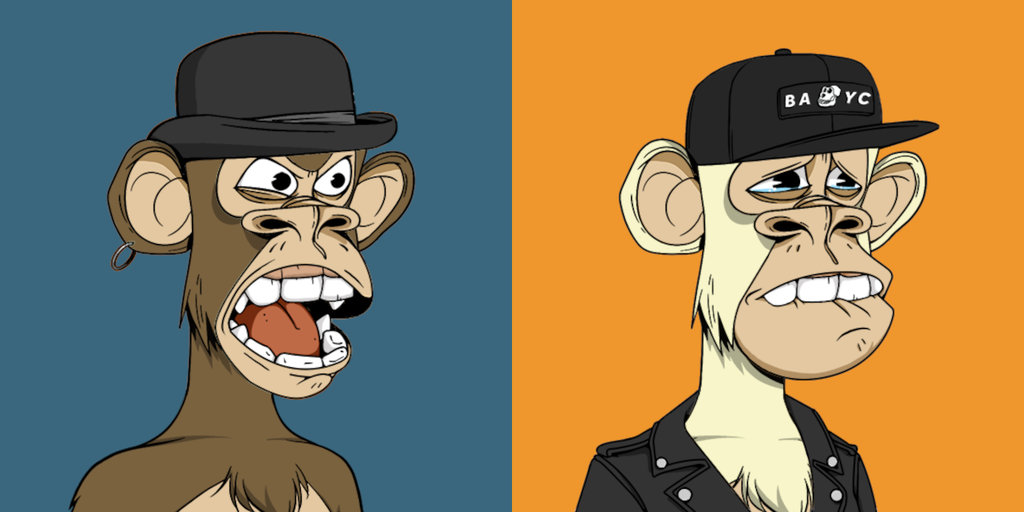 Saturday’s launch of NFT virtual land deeds for Yuga Labs’ Otherside—an upcoming metaverse game based on the Bored Ape Yacht Club—was the largest NFT drop to date, and it has thus far yielded over $900 million to date in total sales volume. But it wasn’t all smooth sailing.

Yuga Labs offered up 55,000 Ethereum NFT “Otherdeeds” that represent digital terrain in the game, and the frenzied attempt by approved buyers to snap up the valuable NFTs drove up the Ethereum network’s gas fees to startling levels.

Some users spent thousands of dollars on fees to push through their transactions during the “minting” process, which refers to how new NFTs are created and sold. All told, buyers collectively spent about $180 million worth of ETH solely on fees during the sale. It made Ethereum incredibly expensive for anyone to use at the time, and led to a lot of bickering and griping among NFT owners on social media.

Unsurprisingly, many prominent Bored Ape Yacht Club collectors are upset about Yuga Labs’ approach to the Otherside mint, not to mention the company’s response to the fallout.

In a lengthy thread posted on Sunday, Bored Ape NFT holder ap3father reckoned with his allegiance to the community and personal gains from the project, but also disappointment with the format of the sale and communication from Yuga Labs.

My friends said things like “Who would ever use Ethereum?” “NFTs are only for rich people” … and to be honest I agreed with them … although my initial reactions were filled with emotion … I agreed … How was this going to prove we are “innovating” ..

“The drop went unbelievably poorly. That’s the truth of it all,” he wrote, adding that the overwhelming demand and high gas fees, the costs associated with transacting on the Ethereum network, created a “nightmare scenario” for buyers.

Weeks before the sale and before the public knew about the project, Yuga Labs asked NFT collectors to complete a know-your-customer (KYC) ID check. Once Otherside was revealed, prospective buyers who completed the check could be approved to try and mint the virtual land, which was selling for 305 ApeCoin (APE)—nearly $5,800 per NFT at the time of the mint.

The team initially planned to hold a Dutch auction for the 55,000 available NFTs, a format in which the price of the NFT gradually decreases during the course of the sale to help mitigate high demand.

But ahead of Saturday’s mint, Yuga Labs wrote that the format was “actually bullshit,” and instead said it would use a fixed price and let buyers mint additional NFTs in successive waves. “Fuck doing a Dutch auction,” they added.

Lose lose either way with this sort of drop, those gas fees are unacceptable

However, there never was a second wave—so many people were verified for the drop that everything sold out in the first batch, and buyers collectively spent enormous amounts of ETH to participate in the tumultuous sale. Whatever the complaints with Dutch auctions, it appears that Yuga’s created solution wasn’t an improvement over the original plan.

“Yuga Labs didn’t realize they were still doing a Dutch auction, it was just via gwei and not price,” joked Twitter user 0xBender, a Mutant Ape holder. Gwei refers to the way that Ethereum gas fees are denominated.

Some on Twitter suggested that Yuga Labs could have saved buyers both hassle and ETH with a different launch format, such as the scrapped Dutch auction or perhaps an “allowlist” model, which would have limited sales to a set number of whitelisted users, that eliminated the need to rush to mint the NFTs at a certain time. But even with the model that Yuga chose, there may have been significant room for improvement.

Yuga’s apology reads as if they feel they did nothing wrong, and Ethereum is to blame for the mess tonight. Meanwhile, they:- Had a poorly optimized contract, to the point of negligence- Allowed 2 mints per wallet amongst 40k KYC wallets that had pre-approved $ape for mint

Will Papper, a co-founder of SyndicateDAO and member of the ConstitutionDAO core team, shared a thread on Saturday night calling out Yuga Labs’ smart contract—the code that powers the Otherdeed NFTs—for having “nearly zero gas optimizations.” He proceeded to detail ways that he believed Yuga could have saved buyers money via smarter code.

“Koda this. Koda that. Why didn’t they koda better contract??” tweeted user fudye_, referring to the colorful Koda creatures that Yuga Labs dispersed amongst the Otherside NFT lands.

The Otherdeed mint process received considerable criticism from the NFT community, but so did Yuga Labs’ comments after the sale. In a tweet thread, the company commented on the scale of the launch and the network congestion that followed.

“This has been the largest NFT mint in history by several multiples, and yet the gas used during the mint shows that demand far exceeded anyone’s wildest expectations. The scale of this mint was so large that Etherscan crashed,” Yuga Labs tweeted. “We’re sorry for turning off the lights on Ethereum for a while.”

Despite that apology for the network issues, many felt that Yuga Labs was not contrite about its choices that amplified the chaos and costs for buyers. Rug Radio creator Farokh, a notable NFT personality and Bored Ape holder, deemed Yuga’s comments as “tone deaf and perhaps ‘too soon.’”

Yuga Labs tweeted that it will refund gas fees wasted on failed transactions. However, the many millions spent on successful transactions are the responsibility of the respective buyers. And truth be told, Otherdeed NFTs are selling in droves at much higher prices than what people spent on them during the mint—exaggerated fees and all.

We’re sorry for turning off the lights on Ethereum for a while. It seems abundantly clear that ApeCoin will need to migrate to its own chain in order to properly scale. We’d like to encourage the DAO to start thinking in this direction.

Still, there’s one more twist in Yuga’s response that has riled up some NFT collectors. In its thread, Yuga Labs wrote that it “seems abundantly clear that ApeCoin will need to migrate to its own chain in order to properly scale.”

In other words, Yuga Labs believes that the ApeCoin (APE) ecosystem—which could grow well beyond Otherside to include an array of Web3 games and services—should move off of Ethereum and onto its own bespoke blockchain network. The firm added that it will “encourage the [ApeCoin] DAO” to consider that potential future step.

Some took the perceived slight against Ethereum personally. Ethereum developer Mark Beylin tweeted that he sold all of his Bored Ape-related NFTs following the mint. Calling Yuga Labs “con artists of the highest order,” he alleged that the creators plotted to devise a scenario that made an Ape blockchain seem necessary.

“Instead of designing their launch properly, Yuga broke Ethereum so that they would have an excuse to launch their own [layer-1 network],” he wrote. “APE needed a new narrative after the land sale.”

“I believe that the people who run Yuga Labs are using dark manipulation techniques in service of their personal interests,” Beylin added, “and you should assume they are bad actors.”

Yuga Labs has yet to comment further on the Otherside drop since its aforementioned thread, aside from updating the community on the status of gas fee refunds for failed transactions.