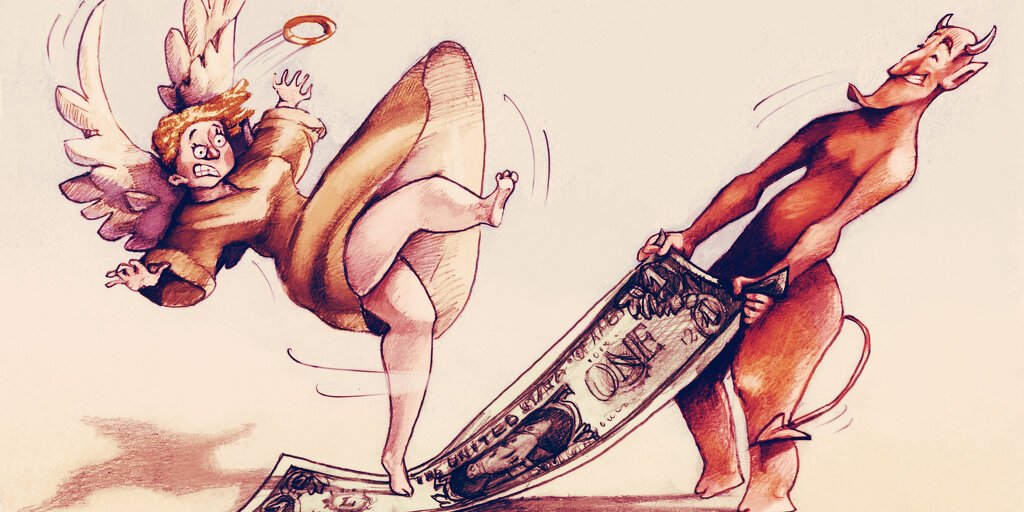 AnubisDAO was marketed as a fork of OlympusDAO
It was supposed to be another canine-themed cryptocurrency, this time represented by the Egyptian deity Anubis.
One Twitter user linked the address that received the stolen funds to a Twitter account named Beerus.

Investors claim that the creators of a newly-launched dog coin project defrauded them out of a combined total of $60 million in ETH after the funds vanished from the project’s liquidity pool.

AnubisDAO, which launched on Thursday, touted itself as a fork of OlympusDAO–a decentralized reserve currency backed by bonds sales and liquidity provider fees.

When it launched, the AnubisDAO team launched a Discord server and a now-inactive Twitter account. Even though the project didn’t have a website, investors still poured $60 million into the initial token sale in return for ANKH tokens.

However, twenty hours into the sale, the liquidity in the pool was sent to a different address.

One investor, Brian Nguyen, told CNBC that he lost $470,000. He admitted that what appealed to him most about the project was the canine imagery used to market it, as it evoked recent meme coin successes like Dogecoin and Shiba Inu.

On Friday, in a now-deleted tweet, an AnubisDAO investor called @0xSisyphus offered 1,000 ETH to anyone who could identify the person who controlled the address that drained the pool.

Crypto brand designer @loldefi responded by quoting a tweet from March 18 by an account called @Beerus. Beerus had mentioned the address that the stolen funds were sent to. Beerus’s account disappeared from Twitter a minute later.

Twenty minutes after the allegation by @loldefi, Beerus allegedly tweeted under an alternate account called @cryptofan777, attempting to clear the air.

The tweeter claiming to be Beerus said that they had not drained the funds themselves; they had probably been the victim of a phishing attack, and attached a screenshot of an email with a potentially malicious attachment from an emailer posing as 0xSisyphus. They stressed in a follow-up tweet: “THIS ISNT SISYPHUS – DONT MISUNDERSTAND”.

Today, @cryptofan777 tweeted: “I am cooperating with the police and complying with all investigations right now.” The account also responded to rumors that they ghosted 0xSisyphus for twelve hours after the money disappeared by providing screenshots of a direct message conversation with 0xSisyphus, allegedly proving that they neither ghosted the investor, nor did they ever volunteer to handle the funds.

The thread received polarized responses from the community, with some believing that @cryptofan777/Beerus is innocent, and others maintaining that they are guilty.

In short: Anubis returned to the underworld $60 million richer, a Twitter account is currently under police investigation, and Sisyphus dropped his boulder again. We’re all none the wiser.

SQUID Investors Cannot Sell Their Tokens After a 110,000% Spike, Raising Too Many Red Flags to Ignore